Smaller Mines In The Future

“We are likely to see smaller electric trucks, using GPS and artificial intelligence to move to the right areas of the pit, reducing payloads, but potentially increasing speed.” The comments come just months after surrendered its long-held title as the world’s lowest cost iron ore producer, with BHP and Fortescue both claiming the crown While Mr

Jacques referenced Rio’s iron ore division in the speech, the focus on smaller scale developments is more likely to be deployed in the copper division, where Rio hopes to develop mines in Mongolia, the US and perhaps Western Australia in the next decade. ‘ development of the Carrapateena copper deposit in South Australia is one of the best recent examples of a small, fast-to-market development plan that de-risks future expansions being favoured over a large, expensive and higher risk mine development. Carrapateena is scheduled to produce its first copper next month under a strategy executed by alumnus Andrew Cole. ”In terms of resource development maybe the majors also need to think more like fast moving juniors,” Mr Jacques said on Monday. “Instead of looking for the big bang, maximum net-present-value development options, perhaps we should look to stage-gate investments, starting with smaller mines, which can be built quickly and safely, with embedded optionality for growth.” ment ”Shorter builds mean quicker cash flows to shareholders, communities and governments, de-risking additional investment decisions.”

Rio is currently rethinking the development plan for the expansion of Mongolia’s Oyu Tolgoi copper mine, and Mr Jacques’ comments about quicker cash flows to governments are notable given the Mongolian government’s desire to tap into the wealth from Oyu Tolgoi as soon as possible. Owning a bigger slice of Oyu Tolgoi remains the most obvious acquisition target for Rio, with the mine’s complicated ownership structure creating frustrations for all parties involved: Rio, the Mongolian Government, and the minority investors who joined Rio in the project through Canadian company Turquoise Hill Resources.

Mr Jacques said he did not expect to see large-scale mergers and acquisitions (M&A) become the norm in the mining sector over the next decade. ”With slower global economic growth likely, at least in the years ahead, the appetite for risk-taking in our industry will be low and non-organic growth will be harder to come by,” he said. ”Volume growth for the sake of it and mega M&A do not equal value creation.” 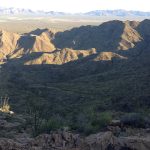 A Two Year Warranty On Bowl